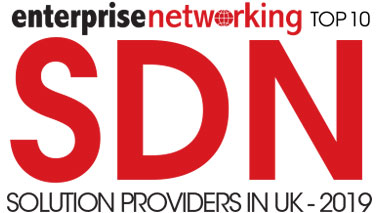 Reza Toghraee, Director
Software-defined networking (SDN) might be a buzzword in the IT landscape but it remains a grey area for many organisations in the networking industry. In most cases, businesses are unaware of the expectations they should have from an SDN solution, majorly because of unclear definition of SDN itself. UK-based ArpaWare, an SDN solution provider, simplifies the way SDN is perceived and understood by enterprises and service providers. Reza Toghraee, the director of ArpaWare, says, “We want to make the audience understand that SDN is not a product, which they can buy and use, but it’s rather a solution built out of a combination of tools and programs that can add intelligence to the network. We provide a very clear and simplified definition of SDN, an automated, intelligent, and integrated network (AIIN)”

Depending on the clients’ primary challenges, requirements, long-term and short-term strategies, ArpaWare helps them employ the right networking solution that integrates well with their environment and external components. The company builds intelligent network automation toolsets that can be integrated into customers’ network, security, and infrastructure kits.

ArpaWare offers solutions and services to both enterprises and service providers for designing and building automated event-driven/intent-based networks on-premise or in the cloud environment. While enterprises look for reliable enterprise-grade products that can function in both of these environments, service providers demand flexible open source tools for customisation. ArpaWare considers all such requirements of its customers and serves them accordingly. For enterprises, the company offers an extensive portfolio including SDWAN, network automation and intelligence, security, and data centre SDN solutions. For service providers, ArpaWare renders SDWAN, uCPE (edge productization), NFV, service function chaining, custom SDN applications, SDN controllers, open networking white box switches, service orchestration, and automation using software tools such as ONAP.

While five years ago, ArpaWare only delivered network automation and Cumulus Linux integrated solutions; it today offers an extensive range of products and solutions from different network operating systems (NOS) and hardware vendors.

The company also facilitates network integration with various platforms such as ServiceNow, Ivanti, OpenStack, Kubernetes, SmartNICs, and wireless systems. “Our offerings for network automation and building intelligent software-driven networks have been evolving with every new customer and integration,” mentions Reza Toghraee.

ArpaWare handles a multitude of projects and deployments in the SDN space such as SDWAN projects, network automation, pure SDN for data centers, network overlays, and service orchestration for VMware, OpenStack, and Kubernetes. The company also designs and builds standard SDN product-based solutions based on VMware NSX, Cisco ACI, Cumulus, and Big Switch BCF for enterprises.

With an objective to elucidate the concepts of SDN to its customers and the industry, ArpaWare contributes to several open source projects. An effort taken in this direction is Reza Togharee’s published book called “Learning OpenDaylight”, which is a tutorial for learning about SDN concepts and how to build SDN applications on top of OpenDaylight platform. Besides, ArpaWare delivered a free online training course for Linux Foundation called “Introduction to open source networking,” available for free on www.edx.org.

ArpaWare is also developing an SDN based IPOE product for service providers that eliminates the use of BNG/RAS (PPPOE servers) and purely uses the robust 10G/40G/100G/400G open networking switches. This product is intended to help service providers to take a flexible control over their transit paths and integrate with their OSS/BSS. ArpaWare has received a patent granted for the same.
This content is copyright protected